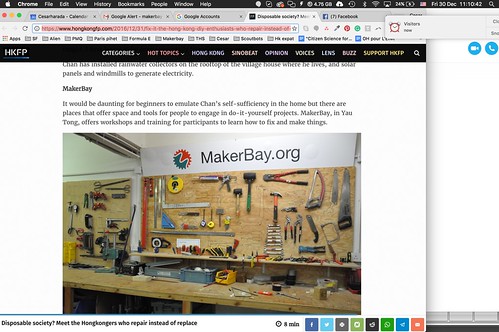 Apliu Street in Sham Shui Po is lined with shops and stalls selling electronic components and parts for appliances. But it is getting harder to find any that will also do repairs. Mr Ma, who is in his sixties, is one of the few handymen who still repairs appliances for a living.

Disposable society? Meet the Hongkongers who repair instead of replace

31 December 2016 00:00 Varsity 10 min read
By Rubie Fan, Karin Li, Cindy Gu and Wing ChanApliu Street in Sham Shui Po is lined with shops and stalls selling electronic components and parts for appliances. But it is getting harder to find any that will also do repairs. Mr Ma, who is in his sixties, is one of the few handymen who still repairs appliances for a living.

In the past, a new electrical appliance would cost a big chunk of a workers’ monthly wage, so they would use it for as long as they could – decades or even most of their lifetime. In contrast, consumer goods are now much cheaper in real terms and people tend to discard things without much thought when they malfunction or break.

Ma says that even when people do want to fix their old appliances, it has become harder to do so. Most production processes are now automated and use machines whereas appliances tended to be assembled by workers in factories in the past.

The new appliances are more complicated, and are difficult to fix using simple tools, says Ma. Sometimes he finds it difficult to disassemble the appliances, let alone fix them. “Even if you want to fix it, you basically can’t,” he says.

Alung Wong Chun-lung, an experienced electronics engineer, has the same problem as Ma. Wong volunteers for a post-Umbrella Movement group that helps people in the community to mend electrical appliances – Fixing Hong Kong. People take their malfunctioning appliances to be repaired at the The House of To Kwa Wan Stories, in Hung Fook Street, Kowloon, where the group is based.

In the cramped store room where Wong works, household appliances, such as electric fans and induction cookers, are stacked up waiting for his “cure”. Wong can repair 60 per cent of the appliances brought here. The rest are too difficult to fix due to their intricate design, complicated assembly or easily breakable parts.

Sometimes, he has no choice but to give up on repairing an item although he knows it is repairable. This is often because the electronic components are too small and precise to work on without a microscope and specialised tools.

For example, there is a crucial chip on a television circuit board that can only be replaced by prising off the old chip and soldering on a new one. Wong says it is unlikely that ordinary people would possess the technical knowledge and skills and the soldering tools to carry out the repair.

What is more, Wong says it is getting more difficult to find components. Even when he can find them on the mainland e-commerce site Taobao, the purchase and transportation costs can add up to around HK$100. Wong thinks this is a deliberate strategy on the part of producers.

Another strategy is known as planned obsolescence. This is where producers design products with shortened lifespans in order to get repeat sales. Sometimes they might do so by using what they call “environmentally friendly components” that have a shorter lifespan.

Wong has observed that fridges and washing machines normally last around 10 years. Television sets last for a shorter period of three to five years. Mobile phones are the most short-lived, with a lifespan of two years.

Whereas producers used to stress the durability of their products, they now no longer make long-lasting appliances in order to protect future sales. As consumers are forced to buy new ones more frequently, the flow of goods is faster.

The relatively high cost of repairing items relative to buying new ones discourages Hong Kong people from mending equipment. “Small domestic appliances have no repair value,” says Wong. “[Even if] it is repairable, no one is willing to repair it,” Wong says.

Wong takes a broken electric fan as an example. The cost of repairing would be upwards of HK$200. Many people would rather buy a new one for HK$400. He adds that it is expensive to fix things not because of the cost of materials but because of the cost of labour. After all, it is reasonable for professional technicians to charge HK$200 to HK$300 for an hour’s work.

However, some appliances are still considered to have repair value and there are still shops and small mobile stalls on the street that collect large electrical appliances like computers, televisions and washing machines.

After they are collected, many are taken to a recycling site at the Kowloon City Pier, where you can see electrical appliances piled up on cargo ships. The repairable items are sent to developing countries like Vietnam and Cambodia where the labour costs are significantly lower than in Hong Kong.

Most people dispose of their unwanted appliances or give them to independent mobile collectors without a second thought of where they are going, and how they will be repaired or broken down for parts. Eddie Chan Wing-lai, vice-president of the Hong Kong Waste Electrical and Electronic Equipment (WEEE) Recycling Association, is worried about the careless discarding and treatment of used electronic devices.

“The stripping process sometimes takes place in poor families in Southeast Asian countries, and it releases chemicals that may greatly affect their health. Nine out of 10 recyclers are quite irresponsible,” says Chan.

Chan encourages the public to send unwanted appliances to collection centres approved by the association, even though they may not pay much back due to higher overheads. Chan’s association was set up in 2008 by members of the computer industry with the aim of administering, supervising and promoting recycling schemes for e-waste. Those that can be repaired are donated to the Caritas charity for people in need; those that cannot be saved are handled carefully by a recycling firm.

Chan, 60, has had a passion for repairing appliances since he was young. The TV, massage chair and speakers in his home were discarded items that he repaired himself. In fact, 60 per cent of his household appliances are refurbished. When Varsity visited him at home, he was attempting to fix a circuit board for a laptop computer.

Like Fixing Hong Kong’s Alung Wong, Chan thinks the way electronic products are designed and assembled nowadays encourages people to throw them away instead of fixing them. Chan explains there used to be several circuit boards in computers and TVs, each in charge of one function. Today, these are all found on the core motherboard in most electronic equipment, especially notebook computers.

“There is no difference between changing the whole circuit board and the laptop: a new laptop costs HK$6,000, while fixing the board alone costs HK$5,000. Which would you choose?” he asks.

Meanwhile, Chan says consumers are upgrading their computers so quickly to keep up with new features that a durable model might not be attractive. For one thing, it would cost more and for another, consumers are keen to change to the latest model every two or three years.

But this has not diminished Chan’s interest in repairing things. He is the first person his friends think of if they have a faulty appliance. It is a hobby he acquired as a boy who would check out the components of faulty devices that the street cleaners in his Shek Kip Mei neighbourhood collected and sold. This led to his obsession with fixing broken appliances and, when he went to university, Chan studied environmental science and energy management.

“If you are into something, you will be intoxicated by it,” he says. “A lot of things can be self-taught. I first learnt to be environmentally friendly on my own.”

Chan has installed rainwater collectors on the rooftop of the village house where he lives, and solar panels and windmills to generate electricity.

It would be daunting for beginners to emulate Chan’s self-sufficiency in the home but there are places that offer space and tools for people to engage in do-it-yourself projects. MakerBay, in Yau Tong, offers workshops and training for participants to learn how to fix and make things.

“Once they come to our workshop or class and get this idea or concept [of maker culture], I consider it as a success,” says Ada Kwok Sui-ting, community developer of MakerBay. “It’s like a seed planted in them. Whether it continues to grow or not is another thing, but you have already taken the first step.”

The concept of maker spaces has taken off in the West but is new to Hong Kong. MakerBay has been promoting maker culture by collaborating with schools and opening maker classes. During the Formula E race in October, they set up a booth and offered workshops for children and their parents where they could learn how to make wooden toy cars.

Kwok wanted to make sure that children understood that things should be repaired rather than thrown away after attending the workshop. And working at MakerBay has also made her more environmentally aware too. She insisted on fixing the screen of an old Samsung tablet even though the cost of repair was higher than that of buying a new one.

“I don’t want to produce extra rubbish. Although I don’t have the ability to fix electronic gadgets by myself, I am willing to pay a little more to reduce one more piece of rubbish on the earth,” says Kwok.

Kwok also bought a sewing machine to mend her clothes at home. The culture of fast fashion does not affect her at all as she only purchases new clothes when necessary.

“Despite my poor sewing, I am happy because at least I do not need to throw [clothes] away. Old things are always more comfortable to wear than the new ones,” she says.

MakerBay is launching a project called Fix It this month and Kwok will gather maintenance experts in various fields to teach members of the public how to fix non-functioning domestic appliances and tattered clothes. She says people do not need any specific knowledge to join the maker community, and hopes participants will be more active in spreading the idea of fixing.

In today’s disposable society, it seems we have forgotten there is an alternative to tossing old stuff away – that we can repair it. The social environment may discourage us from fixing, but if we manage to “fix” our mindset, it could be easier to “make” a change. 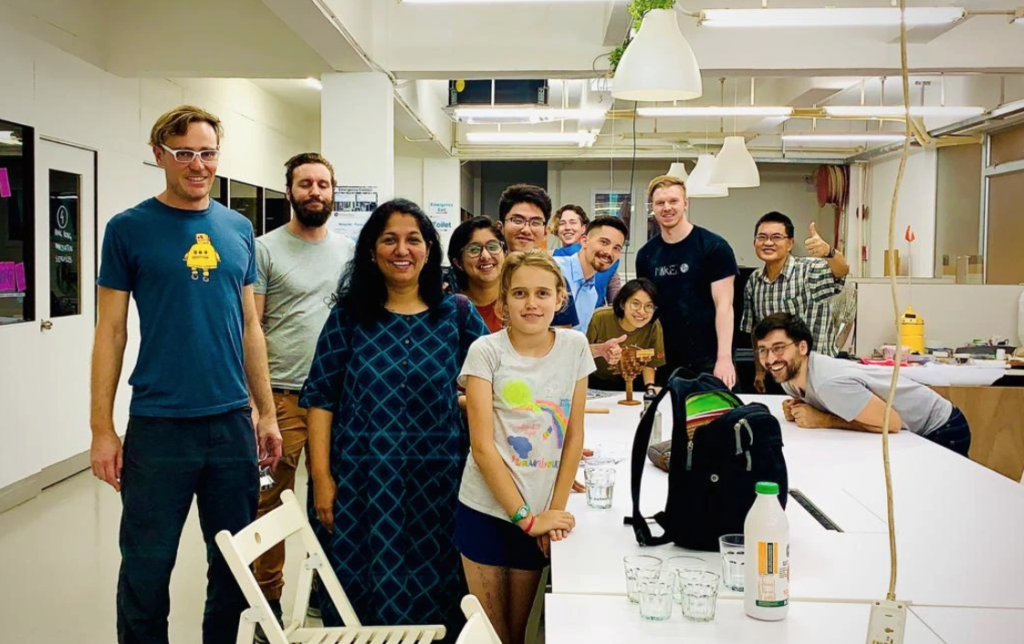 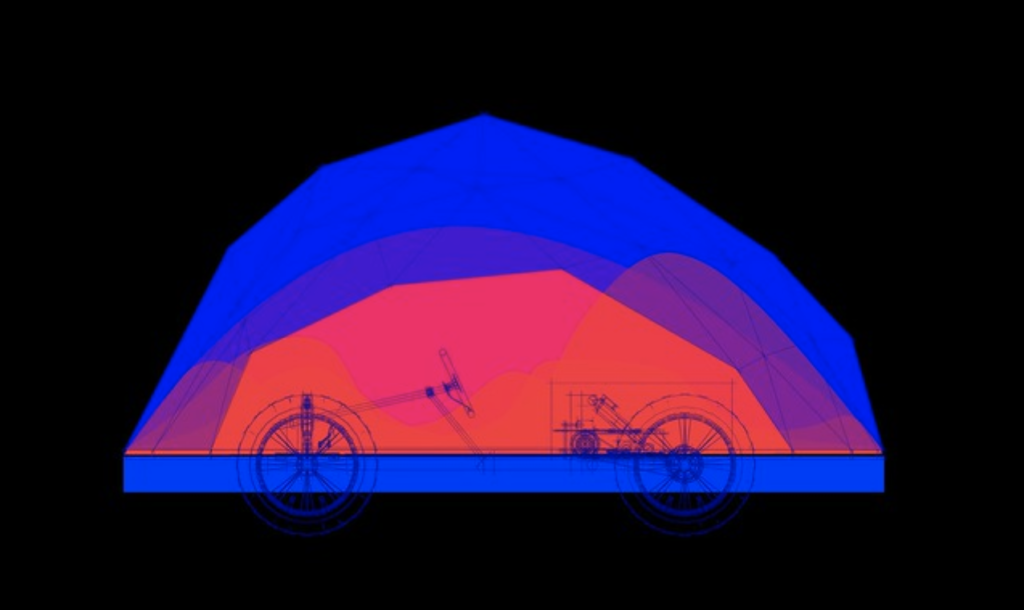